“Beautiful story told with sensitivity and grace. A difficult subject approached with truth and honesty while including lots of hot m/m romance. I can’t decide who I love best. Would love to see where their story goes from here.”

After giving up on his career as a country singer in Nashville, Christopher Ryder is happy enough performing at the Smoky Mountain Dreams theme park in Tennessee. But while his beloved Gran loves him the way he is, Christopher feels painfully invisible to everyone else. Even when he’s center stage he aches for someone to see the real him.

Bisexual Jesse Birch has no room in his life for dating. Raising two kids and fighting with family after a tragic accident took his children’s mother, he doesn’t want more than an occasional hook-up. He sure as hell doesn’t want to fall hard for his favorite local singer, but when Christopher walks into his jewelry studio, Jesse hears a new song in his heart.

“Wonderful book! If you like m/m romance this is a definite keeper!” 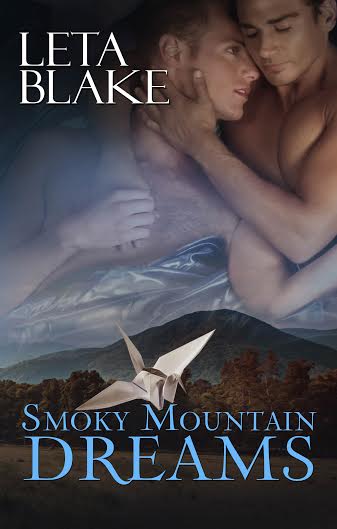 “I don’t know how Leta keeps doing it, each time I read one of her books, I have a new favorite by her. I just can’t stop getting pulled into the story and enjoying it so much. This book should be read and enjoyed. can’t say enough just know that the origami swan on the cover is there for a reason. there is a lot of pain and a lot of redemption in this moving story. And each of the stories are different from each other.”

And now at KOBO.