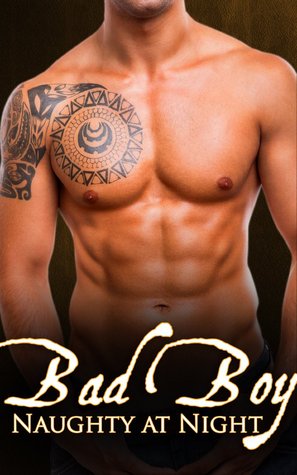 Writing M/M gay romances are not easy as new author, Jamie Lake is the first to admit but when I connected with him, he told me his secret to the success of his book series ‘Bad Boy’ and what his writing process was in creating it.

If you could be any of your characters in Bad Boy for a day, who would you choose and why? I’d say Chip cause he’s so hot. I’d touch myself all day. Haha. And also cause he’s a parent and I’d love to be a dad one day soon. I think I’d love a daughter but I’m open to whatever God blesses me with.

How long did it take you to write Bad Boy? The first Bad Boy book, I think might have taken me a few weeks. I can write a book in a week or less but by the time it goes through editing and copyediting, it can take a few weeks, sometimes longer.

How do you plan your writing day? Well, I get up first thing in the morning and after taking a leak and walking the dogs and procrastinating, I’ll try to write in 20 minute sessions. I usually, that early in the morning, manage to do a couple of sessions before I take my morning nap and then I wake up and try write at least until 3pm with those 20 minute sessions. If I have any drive left after that, I try to write more. I go to bed between 7:30pm-10pm every night but I always get up at 4am either way. Sometimes I’ll watch a TV show on Amazon Prime before I go to bed.

Writing so many different series from The Trainer, Boyfriend for Rent, Marked for Love, Stay Always and Bad Boy, do you ever get the characters mixed up? No, because I focus on just one book series at a time. I could juggle two probably, like write one in the morning and the other in the afternoon, but I prefer not.

What m/m books other than your own do you recommend people to read? I’m a big fan of what Kindle Alexander and River James are doing. And I love Sara York. They’re all awesome people.

What are some of the biggest misconceptions that you think people who don’t read m/m have about the genre? Many people assume the books are all about sex and that seems to be the consensus of what a lot of people think about gay relationships. They are so focused on the sex part, they don’t stop to think about the relationship. Many of my straight male friends talk about the exact same relationship problems with their girlfriends that I’ve experienced with my boyfriends.

Where can we get a copy of Bad Boy? You can get it exclusively on Amazon  or email me at JamieLakeNovels AT gmail.